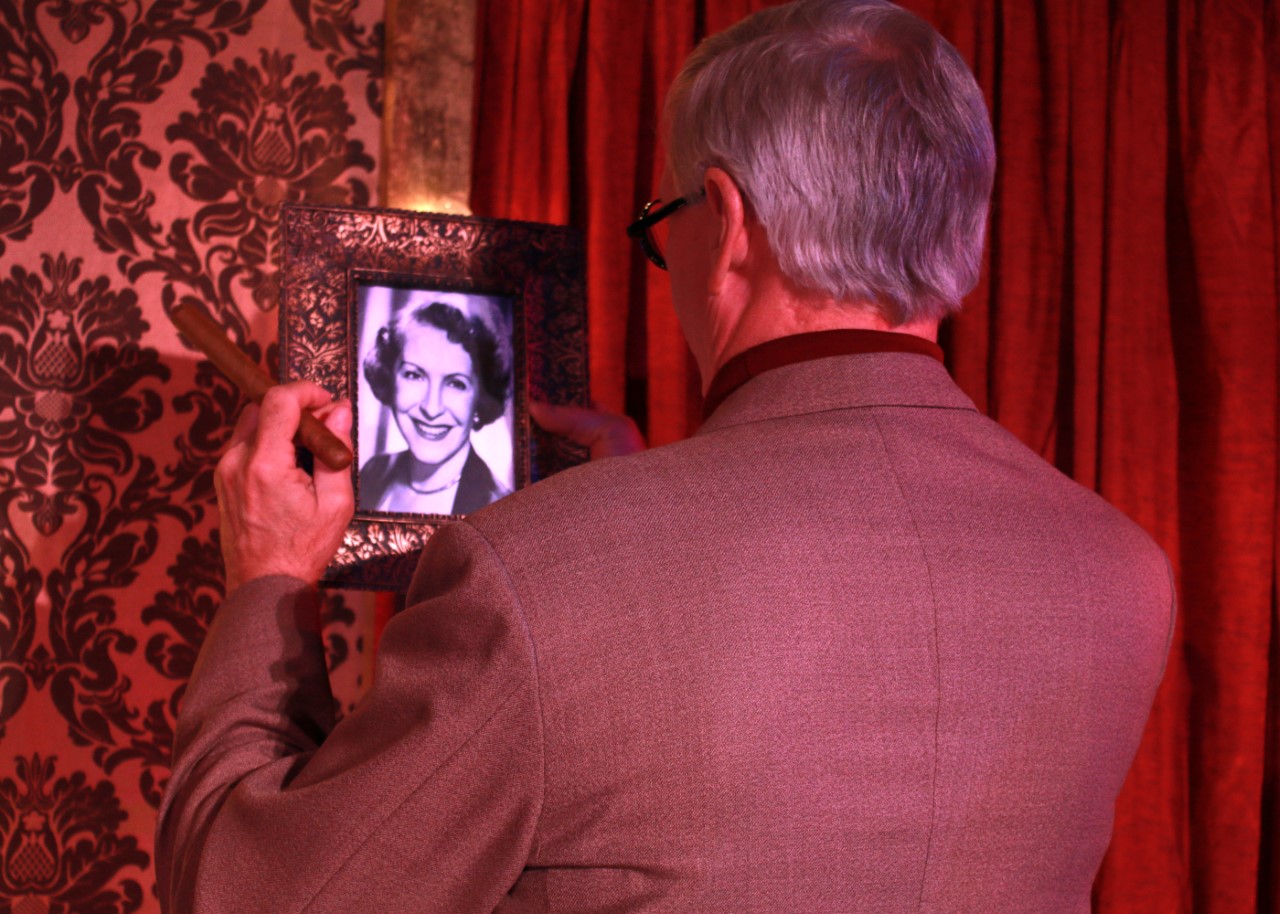 In Say Goodnight Gracie, we discover George in limbo. Unable to join his beloved wife, he must give the Command Performance of his lifetime for God. He reminisces on his youth on the lower East Side of New York… his disastrous career in Vaudeville … the day he met his wife … their instant chemistry, with his flawless timing a perfect mate to her dizzy delivery … his wooing of her, their marriage and their rise to the pinnacles of Vaudeville, Movies, Radio and Television. Gracie’s demise forced George to start from square one – in life and in his career – eventually achieving an equal level of success as a solo raconteur and Academy Award-winning actor, portraying everything from a Sunshine Boy to, oh, God

Say Goodnight, Gracie will play Aug 20- Sept 5, 2021. Performances are Thursdays, Fridays and Saturdays at 7:30PM and Sundays at 2PM. Individual tickets are $35.00 for Adults and $18.00 for Youth 17 and under. Seniors receive a $5.00 discount on all Thursday performances. Group rate discounts are available. Veteran and Active Duty discounts. All performances are at Fountain Hills Theater on its Mainstage Too at 11445 N. Saguaro Blvd. (The Corner of Saguaro and Rand). Tickets are available through the Theater Box Office at (480) 837-9661 x3 or by visiting fhtaz.org. Box Office Hours are 10:00AM-5:00 PM Tuesday through Saturdays. For additional information not contained in this press release, please call Fountain Hills Theater Artistic Director, Peter J. Hill at (480) 837-9661 EXT. 7.

This will be one of the first indoor productions at the Fountain Hills Theater since the pandemic closed its doors in March of 2020. Fountain Hills Theater is committed to the safety of their patrons, staff, and performers. They will be closely following CDC safety recommendations, as well as local guidelines, due to COVID-19. Hand sanitizing stations are located throughout the facility. Fountain Hills Theater cleans arm rests, door handles and other surfaces commonly touched by the public prior to each performance. Please check the website for evolving guidelines as the season progresses.