ROBYN LAMBERT NAMED PRESIDENT AND CEO OF ON MEDIA 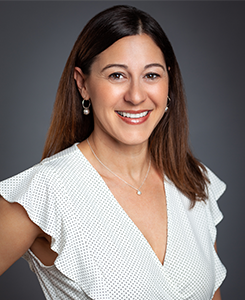 Founded in 1976 and headquartered in Phoenix, ON Media supports local arts, tourism and golf through the development of high-quality publications which reflect Arizona’s vibrant quality of life. Under the insightful leadership of Russ and Mac Perlich over the past 17 years, ON Media has grown exponentially, producing more than 40 million custom-designed programs in partnership with over 30 leading arts and cultural institutions, including world-class organizations such as Phoenix Symphony, ASU Gammage, and Fox Tucson Theatre.

Russ and Mac Perlich also expanded ON Media’s footprint through a number of strategic alliances and acquisitions, including partnerships with the PGA TOUR, WHERE Magazine, as well as the acquisition of Arizona Redbook, a widely-respected platform connecting Arizona’s business and philanthropic leaders (which is now under the umbrella of Frontdoors Media). To philanthropically bring their love for the arts to life, in 2011, Russ and Mac Perlich launched Act One – a non-profit dedicated to providing arts access and education to all families and children across Arizona.

“Russ and I saw our time at ON Media as an opportunity to celebrate and shed light on both the thriving business and arts communities here in Arizona,” stated Mac Perlich. “We are so honored to have been at the helm of this organization for the past 17 years, and equally proud to pass the torch to Robyn, who we know will do amazing things in her new role.”

Lambert, who joined ON Media as Director of Business Operations and Tucson Sales in 2016, is a long-time arts enthusiast with more than two decades of leadership experience within the industry. In addition to her extensive work with the Arizona Theatre Company, Lambert’s arts background includes time spent with the Utah Shakespeare Festival, as well as the University of Arizona. Lambert is a member of the Southern Arizona Advisory Committee for Act One, and was awarded an EMCArts fellowship entitled Arts Leaders as Cultural Innovators in 2013. Robyn participated in the Greater Tucson Leadership class of 2019. In her new leadership role as ON Media’s President and CEO, Lambert will lead overall operations for the company moving forward.

“The arts have played such an inspirational and influential role throughout my life, so I feel incredibly fortunate that my passion also gets to be my profession,” stated Lambert. “I’m grateful for the wonderful guidance, support and expertise that Russ and Mac have provided to myself and many others, and I’m looking forward to continuing to build on the great foundation they created at ON Media in the years to come.”