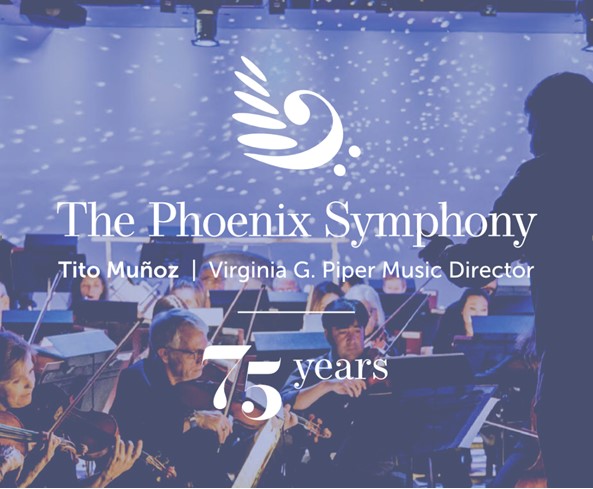 The Phoenix Symphony has announced the lineup for their exciting 75th season! A variety of season ticket packages are on sale now.

Exciting events from the 75th Anniversary Season include:

• Jazz heavily influences the symphony’s concerts from Classics to Pops this season. First, George Gershwin’s Rhapsody in Blue and An American in Paris are paired with Igor Stravinksy’s iconic Symphony in C and Suite from The Firebird. Next, Louis “Satchmo” Armstrong and the Queen of Jazz (Ella Fitzgerald) celebrates a historic jazz collaboration with trumpeter Byron Stripling and vocalist Carmen Bradford. Then, the music of Frank Sinatra gets the spotlight with pianist and vocalist Tony DeSare.

• Beethoven runs through the Classics season with performances of his Symphony No. 1, Piano Concerto No. 5. These two are followed with Symphonies nos. 6, “Pastoral” and 9. Some slightly less well known but fascinating composers also get a turn. With performances of works by Erich Wolfgang Korngold, who helped shape the sound of Golden Age Hollywood. Then, the Symphony welcomes Carl Maria von Weber’s Clarinet Concerto No. 1, which celebrates the sonic pallet of the woodwind fixture.

• The Pops Season brings a upbeat mix featuring Broadway songs and performers. This includes Tony Award-winning Hamilton cast member Renée Elise Goldsberry, the Mambo Kings with their Hot Latin Nights program, Broadway Showstoppers with music from all the biggest shows, and the newly authorized tribute to The Fab Four, Revolution: Music of the Beatles.

Back by popular demand, Beethoven’s most celebrated masterpiece, his Ninth Symphony, is back as it quickly becomes a sold-out tradition at the Symphony. Other Special Performances include Handel’s Messiah, our signature New Year’s Eve Celebration and many other beautiful, must-see concerts.