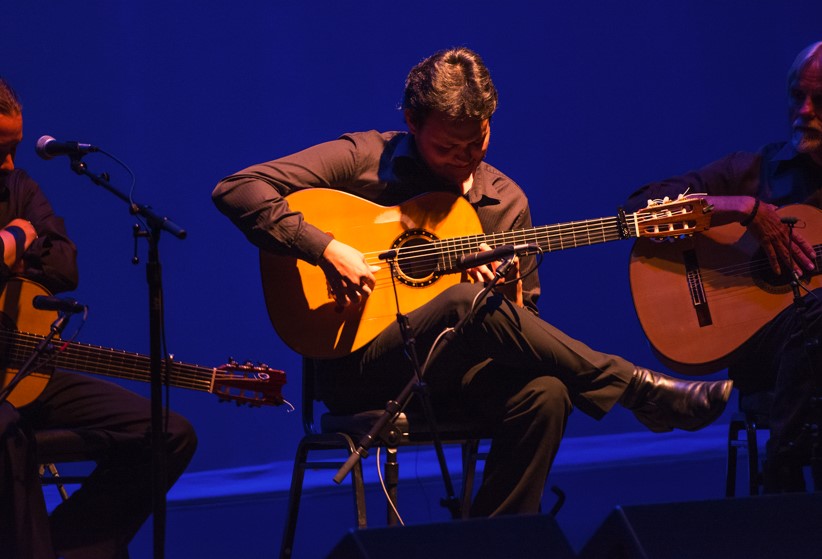 “Julia Chacón and her cast put on a main event show that is one of our yearly attractions,” says Abbey Messmer, the center’s programming director. “We’re thrilled to host these performances and to introduce an accompanying one-of-a-kind museum exhibit that explores Arizona’s deep roots and contributions to the art of flamenco.”

Chacón’s  toured for more than a decade as a soloist and with international flamenco companies. She spent years performing across the United States, Spain, Mexico, and Colombia. Chacón’s 2019 series boasted eight sold-out shows and brought audiences from throughout the Southwest. The Scottsdale Center for the Arts offered limited seating and livestreamed performances of Flamenco Intimo in 2020.

“Flamenco has something for everyone – virtuosic guitar, soulful vocals, and powerful dance that ignites every passion,” says Chacón. “I’m thrilled to work with the Scottsdale Center for the Arts to keep this tradition alive and to honor the American pioneers of flamenco who inspired me and even modern dance icons like Martha Graham, Ruth St. Denis, and Ted Shawn.”

Misael Barraza Diaz serves as feature musical director and guitarist. Diaz is widely considered among the greatest Mexican guitarists of his generation. Also included are singer Olivia Rojas, a nationally performing flamenco vocalist and director of Flamenco por la Vida; dancer Martín Gaxiola, former director and founder of Caló Flamenco; flautist Diana Schiable of Tucson, and dancer Francisca Ivon Nava, protégée of Laura Moya (Oct. 29-30 only). An abbreviated children’s matinee with limited audience participation is scheduled October 17th at 1pm. On Oct. 29-30 dancers will perform works inspired by Torea, Román and Moya and Diaz will create original music inspired by emblematic guitarists of the 1940s through 1960s and post-show artist discussions will occur with the artists joined by Torea and Román.