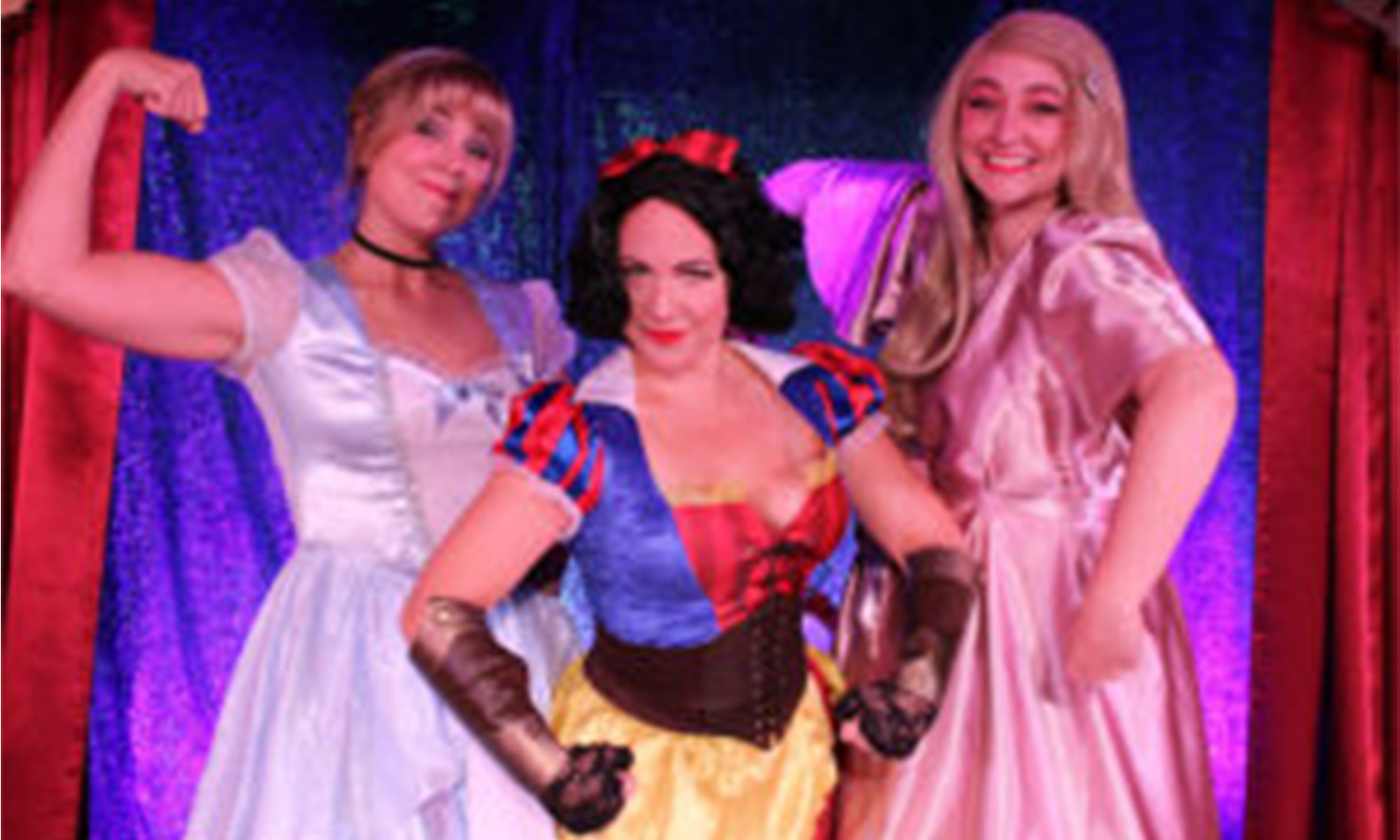 Fountain Hills Theater announces the opening of the musical Disenchanted! Poisoned apples. Glass slippers. Who needs ’em?! Not Snow White and her posse of disenchanted princesses in the hilarious hit musical that is anything but Grimm. Forget the princesses you think you know. When these royal renegades toss off their tiaras, this hilariously subversive, not-for-the-kiddies musical reveals what really happened ‘ever after’!

Disenchanted! had its first workshop in 2009 at Pearl Studios in NYC. Over 700 women auditioned for 11 roles and the 1-night-only event played to a sold-out house, a standing ovation and the show extended far beyond its original run. The journey to Off-Broadway began! In 2012, Disenchanted! had its first Off-Broadway reading at the Peter Jay Sharp Theatre at Playwrights Horizons in NYC. The songs from the show were also featured in a showcase at Don’t Tell Mama Cabaret Theatre on Restaurant Row that summer. ‘DIS!’ – as the show is affectionately known for short – opened in a limited-engagement run Off-Broadway in NYC at the Theatre @ St. Clement’s in December of 2014 and then transferred to an open-ended run at the Westside Theatre in 2015.

FHT’s Disenchanted! is produced by Leah Klein and directed by Peter J. Hill. Musical director Robin Peterson and Choreographer Noel Irick lead the cast through the funny, whimsical journey. Recommended for ages 14+ due to adult themes and language.

Disenchanted! will play Nov. 5 – 21, 2021. Performances are Thursdays, Fridays and Saturdays at 7:30PM and Sundays at 2PM. Individual tickets are $35.00 for Adults and $18.00 for Youth 17 and under. Seniors receive a $5.00 discount on all Thursday performances. Group rate discounts are available. Veteran and Active Duty discounts. All performances are at Fountain Hills Theater on its Mainstage Too at 11445 N. Saguaro Blvd. (The Corner of Saguaro and Rand). Tickets are available through the Theater Box Office at (480) 837-9661 x3 or by visiting fhtaz.org. Box Office Hours are 10:00AM-5:00 PM Tuesday through Saturday. For additional information not contained in this press release, please call Fountain Hills Theater Artistic Director, Peter J. Hill at (480) 837-9661 EXT. 7. Please check our current Covid guidelines for attendance before purchasing.